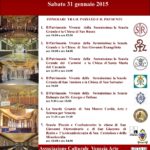 Venezia Arte organised an important event dedicated to the Scuole Grandi and Confraternities of Venice, institutions which hold an important place in the cultural heritage of the city, in that they are living heritage: Scuole Grandi, Scuole Piccole, Arts and Confraternities: Art, Society and Devotion During the Venetian Republic. Itineraries between Past and Present – Tangible and Intangible Heritage.

Free guided tours on the second Thursday of December, January and February at the Peggy Guggenheim Collection in Venice 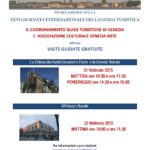 Venezia Arte was chosen to participate in the Venice City Council Off the Beaten Track – Fuori Rotta 2015 project.