On the Edge of the Empire: Cannaregio

Venezia Arte November 12, 2015 ExtraOrdinary Venice Tours Comments Off on On the Edge of the Empire: Cannaregio

On the Edge of the Empire: from the Ghetto to Sant’Alvise 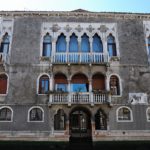 The itinerary winds through the Cannaregio neighbourhood, which has preserved its authentically Venetian working-class vibe. From the Ponte delle Guglie we head under a “sotoportego” (archway), which leads to the old Ghetto, the area which from the 1500s the Venetian Senate designated to house the Jewish community. Moving on, we head to the end of Fondamenta degli Ormesini, where trading with the East took place, arriving at the square where the four Istrian stone Mori stand guard over Jacopo Tintoretto’s house.

After admiring the façade of Palazzo del Cammello (the Fontego dei Persiani) we will visit the Church della Madonna dell’Orto, which houses some of Tintoretto’s most inspired works and is also where he is buried. 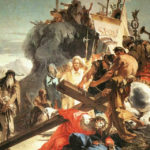 Finally, after walking down the canal side of Rio della Sensa, we reach the Gothic church dedicated to Louis of Toulouse, renamed by Sant’Alvise the Venetians. It contains elegant works by Giambattista Tiepolo and is noteworthy for its barco, the internal balcony from which the nuns attended Mass undisturbed.