Ancient Walls, Gardens and Churches: the Secrets of Castello 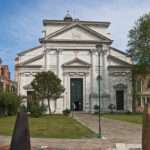 The Castello neighbourhood is full of charm and holds a host of attractions which recount small and big tales of a united and vibrant community. Castello occupies a vast area of the city, whose development was always linked to the presence of the Arsenale, the Serenissima Republic’s gigantic shipyard enclosed by kilometres of Renaissance walls and surrounded by the old lodgings of the Arsenalotti (carpenters and caulkers) and their bosses.

There is no shortage of precious artistic and cultural sites, such as the imposing Church of San Pietro, situated on the margins of the residential area, which was once the seat of the Patriarch of Venice (1451-1807).

It is a large monumental complex erected on the island known as Olivolo, characterised by an unusual bell tower in white Istrian stone and a charming semi-abandoned cloister, which is now home to some apartments.

Nearby is the almost unknown Church of San Francesco di Paola, home of the Arsenale galley-men’s scuola (confraternity), where the Querini family had the right to be buried, and the frescoed Church of San Giuseppe, (in Venetian dialect Sant’Isepo) in which the remains of the famous Doge and great admiral lie. 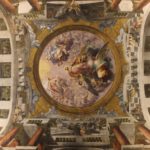 Close by is the small Church of San Martino, which also contains extraordinary frescoes and is the resting place of Doge Francesco Erizzo.